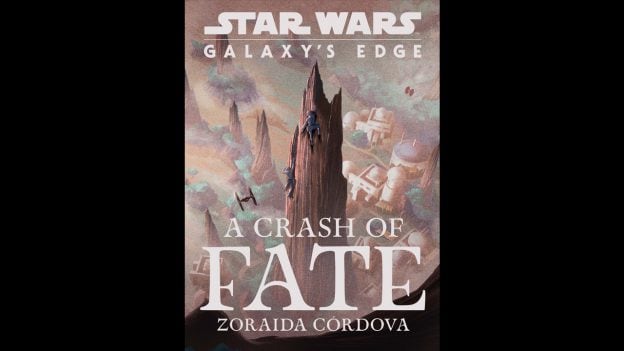 Zoraida Córdova watched Star Wars movies as a little girl in Queens, NY. At 13, those movies inspired Zoraida to be a writer. Now, as a grown-up, Zoraida is creating her own Star Wars stories.

Star Wars: Galaxy’s Edge: A Crash of Fate follows two new characters. Izzy and Jules were childhood friends, dreaming of adventures they would share one day. Izzy’s family leaves the planet Batuu abruptly with no chance to say goodbye. Izzy’s grows to become a smuggler. Jules, a farmer. Thirteen years later, they reunite by chance, literally crashing into each other, and quickly find themselves in the adventure of their lives.

Zoraida recently visited Star Wars: Galaxy’s Edge at Disney’s Hollywood Studios in Florida and was thrilled to walk around parts of Batuu and Black Spire Outpost that Izzy and Jules have walked, places Zoraida had only been in her mind up to now.

Although you won’t meet Izzy or Jules when visiting Star Wars: Galaxy’s Edge, you can go many of the places they visit around Black Spire Outpost during the novel, including their first date in Docking Bay 7 Food and Cargo and listening to DJ R-3X inside Oga’s Cantina.