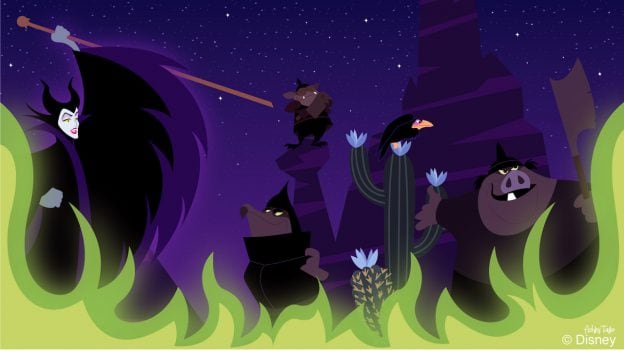 It’s nearly Halloween and in honor of the month’s spooky holiday, our Disney Doodles series is showcasing the best spell-casting, plan-spoiling witch and sorcerer characters from Disney film history.

Which character fits this description better than Maleficent? In the 1959 animated film, Maleficent and her “pet” raven Diablo reside in a castle in the Forbidden Mountains, a detail that artist Ashley Taylor used in today’s Disney Doodle.

“Maleficent resides in the Forbidden Mountains,” Ashley said. “It’s easy to imagine her and her goons trying to take over all of the mountains at Magic Kingdom Park.”