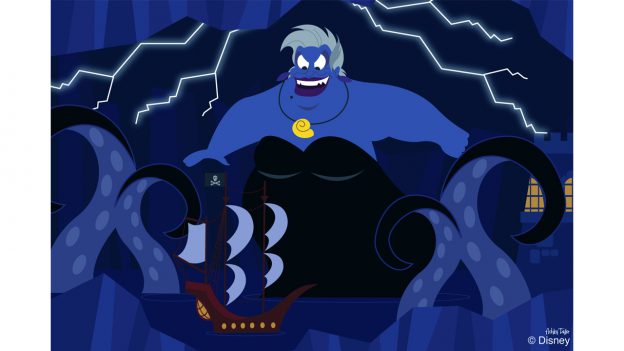 This month in Disney Doodles, we’re focusing on witch characters, and what they may wish to do or see if they had a chance to visit a Disney Park.

In the 1989 film “The Little Mermaid,” Ursula is a sea witch who seeks to trap Ariel (and other ocean residents) in magical deals. What would she do if she had the chance to visit Magic Kingdom Park?

“Ursula is a sea witch looking to rule over the seas,” said Artist Ashley Taylor. “It’s easy to imagine her wanting to start her quest by taking over at Pirates of the Caribbean.”