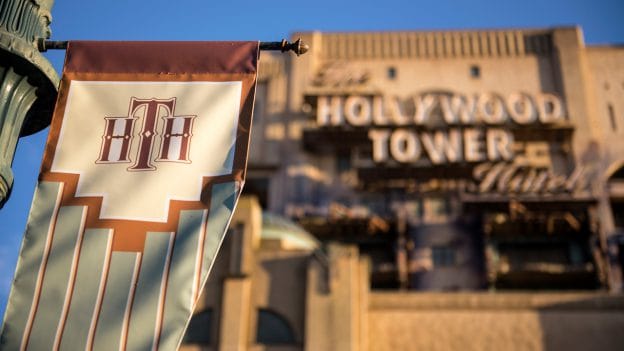 A whole new dimension of chills has dropped into The Twilight Zone Tower of Terror this fall at Walt Disney Studios Park at Disneyland Paris. Tom Fitzgerald, senior creative director at Walt Disney Imagineering, shared with us a first-hand account of the three new storyline he and his team brought to this iconic attraction.

How has the storytelling of Twilight Zone Tower of Terror been central to making this attraction a Disney Park special?

From the start, storytelling has been central to the success of the Twilight Zone Tower of Terror. The whole idea of the attraction was to place guests into the storyline of an episode of the series. In the library scene, guests would learn the backstory of what happened so many years ago, then be invited to board those same service elevators to cross over into the Twilight Zone themselves. Now, Imagineers have expanded the storyline, with a new story thread and ride sequences that offer more chills and thrills for this classic attraction. And this ‘special edition’ of the Twilight Zone Tower of Terror is unique to Disneyland Paris.

Why reimagine the Twilight Zone Tower of Terror experience now?

The behind-the-scenes story of this new edition actually began years ago at Disney’s Hollywood Studios Park at Walt Disney World Resort in Florida, when Imagineers created new ride profiles for the existing attraction. For Disneyland Paris, the Imagineering team took it one step further, by not only adding new, more thrilling ride profiles, but adding new story sequences that extend the original story.

What enhancements to the storyline can guests expect in this new experience?

The television sequence in the Library scene of the attraction features a cast of characters that includes a rather precocious young girl. In this new version of the show, the girl becomes a starring character on the ride, warning us not to cross over into the Twilight Zone. When we fail to heed her warning, thrills follow! The Imagineering team also added new illusions, media sequences, and audio soundtracks to create not one, but three different show and ride sequences for the attraction.

What was the biggest challenge you faced in creating new storylines?

It’s always a challenge to go back into a classic attraction and make changes. But advances in technology and storytelling made it hard to resist revisiting, and building on the original storyline and show.

What are you most excited for guests to experience?

We’re excited that fans and first-time visitors to the Twilight Zone Tower of Terror will now have three times the fun in answering the question, “Are You Brave Enough!” Early reactions from guests have been incredible! Already, lines from the new storyline are becoming iconic with fans – which is great fun.

The Twilight Zone is a registered trademark of CBS, Inc. and used with permission pursuant to a license with CBS, Inc.