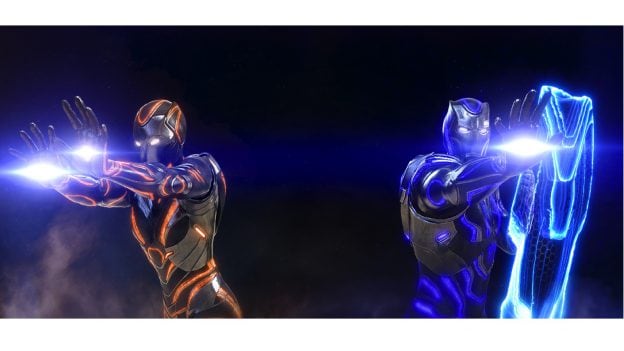 Suit up, Super Heroes! Avengers: Damage Control is a new virtual reality fan experience by ILMxLAB, coming to The VOID at the Downtown Disney District in Anaheim starting Oct. 18 for a limited time. Tickets are available now for this thrilling multi-sensory adventure!

Avengers: Damage Control will give fans the chance to suit up, step into the action and become part of the story for the very first time, teaming up alongside Earth’s Mightiest Heroes! Fans will be enlisted by Shuri to test her latest prototype design: Emergency Response Suits, created with a proprietary blend of Wakandan and Stark Industries technology. When sinister forces intervene, guests at the Wakandan Outreach Centers will soon find themselves recruited into action. Fans will fight side by side with Avengers like Doctor Strange, the Wasp, Ant-Man and more.

ILMxLAB, Lucasfilm’s immersive entertainment studio, produces one-of-a-kind experiences like the ones at the Downtown Disney District. Like their previous collaborations with The VOID, Star Wars: Secrets of the Empire and Ralph Breaks VR, Avengers: Damage Control pairs virtual reality with walk-through experiences surrounded by 3D imagery and physical effects like heat and wind. The result is a uniquely immersive: a virtual world that guests can touch and feel, bringing some of their favorite Super Hero characters to life in a way that’s never before been possible.

To book your experience, visit www.TheVOID.com.