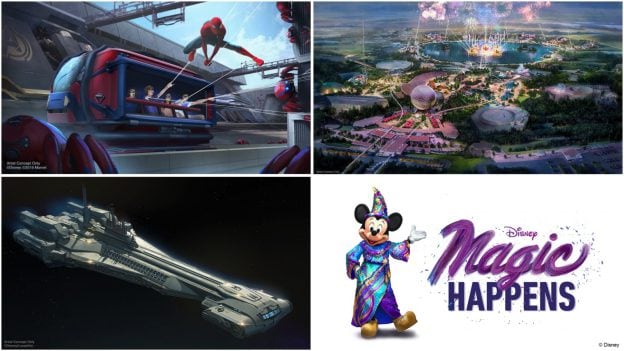 When Disney Parks, Experiences and Products Chairman Bob Chapek amazed us all at D23 Expo with a series of jaw-dropping announcements on what’s to come at Disney parks and resorts, there were so many exciting updates, chances are you missed a few.

Today, we’re sharing new video highlighting some favorite moments from the recent peek into how the next generation of immersive storytelling is coming to life at Disney Parks.

As you can see, we’re embarking on one of the most extraordinary periods of expansion in Disney history.   And Bob Chapek kicks off our new video with the all-new parade called Magic Happens at Disneyland Resort.

Here are some other highlights included in the video:

You can find more information on all of Bob’s announcements in our original coverage of the event.  Be sure to keep checking the Disney Parks Blog for updates on these exciting experiences and more.