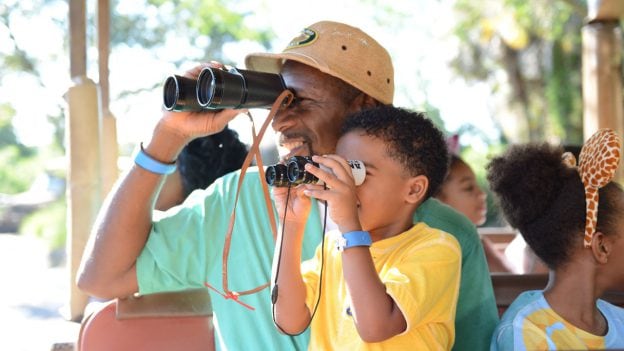 When Kilimanjaro Safaris opened at Disney’s Animal Kingdom 21 years ago, we knew it was going to be a unique experience in the park, offering guests a chance to get up close with nature. The attraction also gives guests an opportunity to develop a deeper appreciation for the animals they meet, with an overall goal to promote the conservation of these species.

The key to sharing the magic of nature is our cast members. The guides at Kilimanjaro Safaris are incredibly passionate and knowledgeable about the many beautiful animals at Disney’s Animal Kingdom. When Disney’s The Lion King “Protect the Pride” campaign was announced earlier this summer, these cast were eager to help promote this important conservation initiative with guests during their safari with some special shout-outs for the lions.

Disney has already donated nearly $2.9 million and is well on its way to donating up to $3 million to support the dwindling lion population across Africa, and Kilimanjaro Safaris was a huge part of this effort. For every guest who rode the safari during the opening week of Disney’s The Lion King film, the Disney Conservation Fund donated $2 to the Wildlife Conservation Network’s Lion Recovery Fund to help double the number of lions across Africa by 2050.

If you didn’t get a chance to be part of the Kilimanjaro Safaris rider donation, there’s still time to join the effort and help reverse the decline of African lions:

Visit Disney.com/LionKingProtectThePride to learn more and follow the social conversation for updates about #TheLionKing #ProtectThePride.

*In North America, available at Disney stores, and in the U.S., available at shopDisney.com and select locations at Disneyland Resort and Walt Disney World Resort while supplies last.