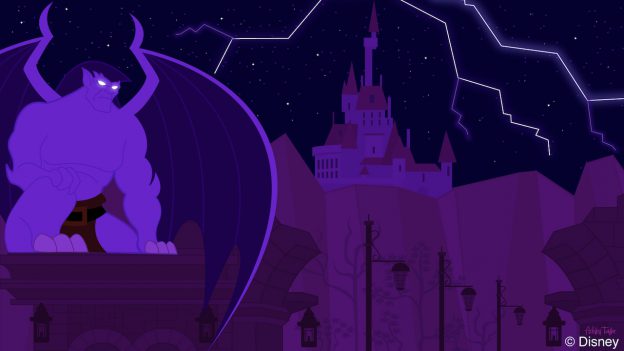 The Disney animated series “Gargoyles” aired from 1994-1997, that showcased the adventures of nocturnal beings that turn into gargoyles during the day – and watched over New York City by night.

According to artist Ashley Taylor, if Goliath, one of the main characters in the series, was able to visit a Walt Disney World theme park, he’d likely head to Beast Castle, to join the team of protective gargoyle figures there.

“The Beast’s castle once had beautiful stone gargoyles protecting it,” Ashley said. “I imagine Goliath would enjoy spending time there while he watches over New Fantasyland.”