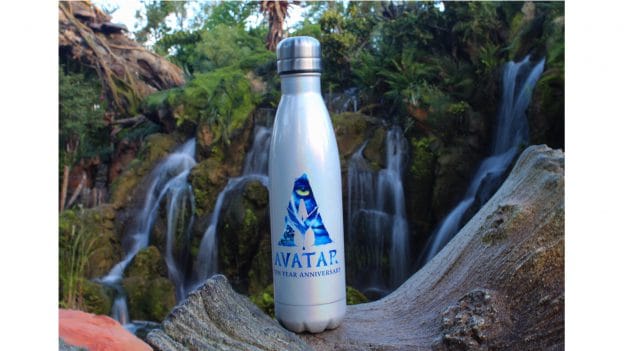 It’s been almost a decade since we were first introduced to the breathtaking world of “Avatar,” which continues to inspire audiences of all ages with its bioluminescent landscape that is truly a sight to see both on film and at Pandora – The World of Avatar. Today, we’ve got a first look for our readers showcasing commemorative merchandise celebrating the anniversary of the film!

An anniversary adult T-shirt, stainless steel water bottle and lithograph will be available at Windtraders and Island Mercantile in Disney’s Animal Kingdom.

Journey to Pandora – The World of Avatar at Disney’s Animal Kingdom today and be sure to watch “Avatar” now streaming on Disney+.

Make sure to check back on the Disney Parks Blog for more ways to celebrate Avatar’s 10th anniversary!

All merchandise available while supplies last.