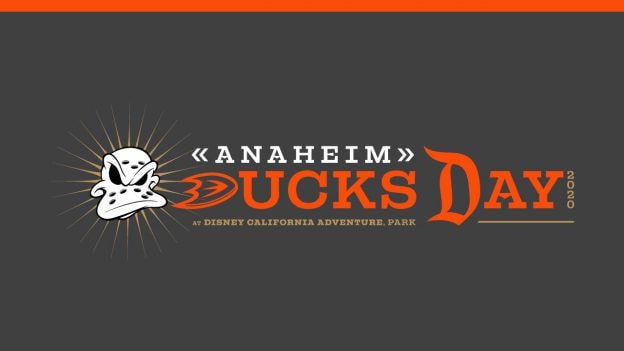 Mark your calendars and set your “goals” for 2020! On Jan. 8, 2020, Anaheim Ducks Day will once again return to Disney California Adventure park. Whether you’re a fan of Disney, Anaheim Ducks or both, celebrate the day with us, and take part in special hockey activities, photo opportunities and memorable experiences that will literally have you saying… “Ducks Score!”

Did You Know? The National Hockey League club was founded in 1993 by The Walt Disney Company and was originally known as the Mighty Ducks of Anaheim, a name which was inspired by the 1992 film, “The Mighty Ducks.” The name remained the same until the 2006-2007 season, when the club officially became known as the Anaheim Ducks.

More information on Anaheim Ducks Day will become available next month, so please check back on the Disney Parks Blog or at AnaheimDucks.com/DucksDay.

Information and event subject to change or cancellation without notice.