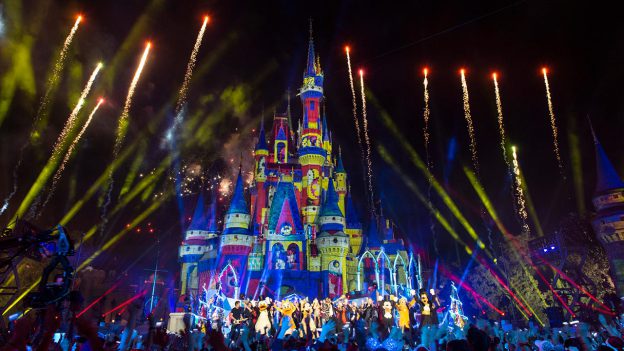 “The Wonderful World of Disney: Magical Holiday Celebration” kicks off the holiday season Thanksgiving night, Nov. 28, at 8/7c on ABC and on the ABC app!

Join hosts artist Matthew Morrison, singer-songwriter and TV host Emma Bunton, and TV host Jesse Palmer as they present the two-hour prime-time special from Cinderella Castle at Walt Disney World Resort in Florida and Sleeping Beauty Castle at Disneyland Resort in California. This magical celebration will feature celebrity musical performances among a flurry of Disney holiday entertainment. Check out what the artists had to share about the special:

Viewers will also be treated to several Disney Parks sneak peeks, including an exclusive behind-the-scenes look into Star Wars: Rise of the Resistance, opening in Star Wars: Galaxy’s Edge on Dec. 5, 2019, at Disney’s Hollywood Studios in Florida and Jan. 17, 2020, at Disneyland park in California.