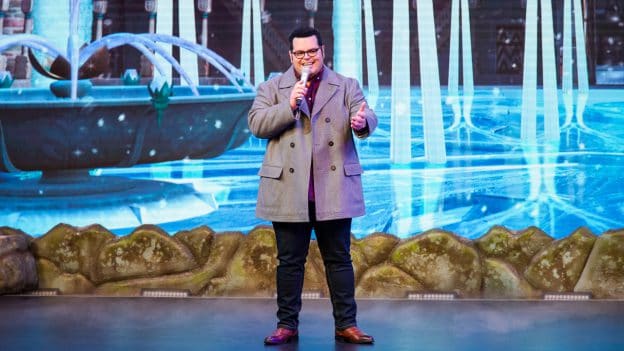 Actor Josh Gad, who voiced the mega-popular character Olaf in “Frozen” and “Frozen 2,” recently stopped by to surprise guests attending the “For the First Time In Forever: A Frozen Singalong Celebration” at Disney’s Hollywood Studios.

At the singalong, the Royal Historians of Arendelle recount the adventurous history of their enchanted kingdom. Guest watched as thrilling moments from the movie play on-screen and cheer as Anna, Elsa and Kristoff sing along with the audience.

Instead of the show merely ending on the day of Josh’s visit, he surprised the audience by appearing at the end of the show, speaking to the audience and singing the tune “In Summer,” which his character of Olaf sings in the original “Frozen” film.

Check out the video above to watch this amazing surprise yourself!