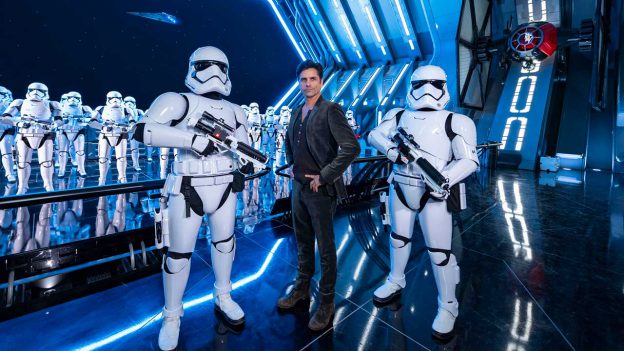 Star Wars: Rise of the Resistance officially opens tomorrow, December 5, at Star Wars: Galaxy’s Edge at Disney’s Hollywood Studios – but a handful of celebrities were lucky enough to get an early sneak peek.

This week, Neil Patrick Harris, Josh Gad, Megan Fox, John Stamos and Daymond John all experienced an attraction they each described as mindblowing.

Check out the video above to see their reactions as they ride through the newest addition to Star Wars: Galaxy’s Edge.