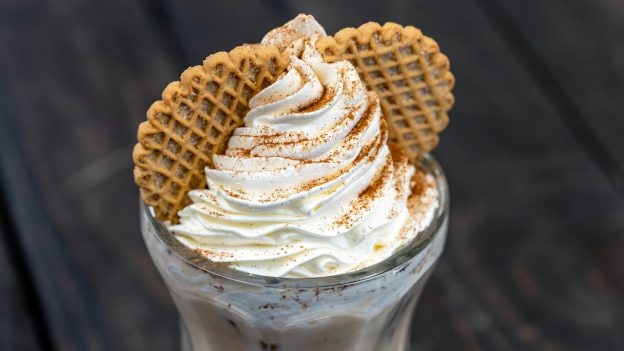 Holiday fiestas are just around the corner and if your familia is anything like mine, you better start preparing that dish or beverage to impress everyone during las posadas and get-togethers.

Horchata is a traditional drink made of rice and popular in many households and restaurants across the country. This exquisito treat can also be found at Disney Festival of Holidays in Disney California Adventure park! Head to the Merry Mashups marketplace now through Jan. 6.

The recipe below is for our house-made non-alcoholic Horchata, topped with a Mexican cinnamon galleta. Enjoy this traditional and postre beverage with family and friends, y felices fiestas!