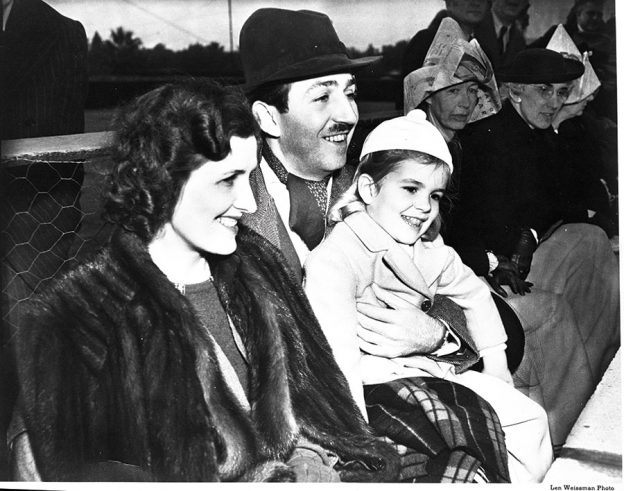 Everything’s Coming Up Disney: New Year’s and the Rose Parade

When I was a kid, the inroads to my Disney passion were a great deal more limited than they are today. There were the parks, of course—when I was able to get to Disneyland from far-off Seattle, it was a sacred pilgrimage.

In between, we had the Disney movie releases, and the weekly Disney TV show. I remember seeing the Disney on Parade arena show a couple of times. Magazines and comic books and other consumer goods were available. But there was no Internet, no cable or satellite TV, and certainly no Disney+!

As a dyed-in-the-wool Disneyphile, I sought anything that bore the Disney name or featured its stories and characters. Sometimes there were seasonal or celebrity-driven TV specials, and I remember knowing that every year there might be something “Disney” in the Macy’s Thanksgiving Day Parade and the annually-televised New Year’s Day tradition from Pasadena, CA, the Tournament of Roses Parade.

Since 1890, the annual Tournament of Roses Parade has been an New Year’s Day tradition in Pasadena, and a Disney tradition at many moments in that history. Walt and his brother Roy O. Disney and their young families attended the parade through the 1930s, and in 1938, Walt Disney became a parade participant with a float celebrating the brand-new animated feature “Snow White and the Seven Dwarfs.” The theme of the parade was “Playland Fantasies,” and the Disney float starred the live-action model for Snow White, Marge Champion (née Belcher), costumed as the little princess and joined by performers dressed as the Dwarfs.

Nearly two decades later a float promoting the soon-to-open Disneyland was featured in the 1955 parade. Sponsored by Southern California’s beloved Helms Bakery, Sleeping Beauty Castle, Mickey Mouse, flying pink Dumbos, and a silver hot-air balloon were all part of the kinetic magic in motion being exhibited. The float won the Judge’s Special Trophy that year.

Since 1962, the Rose Queen and her Court (along with the competing Rose Bowl football teams) have been given special access and have had events of honor at Disneyland each year.

On New Year’s Day 1966, Walt Disney appeared as Grand Marshal of the Seventy-Seventh Annual Tournament of Roses Parade, with Mickey Mouse at his side. Walt and Mickey preceded the City of Burbank float (with design supervision from Disney Legend Bill Justice), entitled “Our Small World of Make Believe,” overflowing with Disneyland characters greeting the crowds. Not surprisingly, the parade’s theme that year was “it’s a small world.” After the five mile parade and a Kiwanis club luncheon at the Pasadena Civic Auditorium, Walt and Lilly continued to the Rose Bowl to watch the UCLA Bruins defeat Michigan State.

Walt’s daughter Sharon recalled, “They’d been asking him for years to be the Grand Marshal of the Rose Parade, and he kept turning them down, and I said, ‘Come on, Daddy, you ought to do it.’ He said, ‘Oh, no one in my family would ride with me.’ I said, ‘I will, I’ll ride with you.’ So, he went ahead and agreed to it—and then I got pregnant, and she was due right then. And, at the last minute, it was decided I should not go . . . in the car with him, because what if I went into labor? She was due six days later . . . he was very understanding, and he didn’t say, ‘You let me down.’ He was very happy that he was going to be a grandfather again.”

After Walt’s passing, Disney continued to be a regular presence in the annual parade, some of the highlights were the 1971 City of Anaheim float, “A Dream Come True in Anaheim;” a 1973 presence tied to Walt Disney Productions’ “50 Happy Years” promotion; a 1980 float themed to the Disneyland 25th anniversary “Family Reunion” celebration; and a 1985 float, sponsored by the City of Glendale, in celebration of Donald Duck’s 50th anniversary.

Roy E. Disney, Walt’s nephew and then-head of Disney Animation, served as Grand Marshall in 2000. “For my entire life, I’ve been associated with a company that makes dreams come true, and now I get to be on the receiving end,” Roy said. “I think every kid that grows up in Southern California dreams of being in the Rose Parade, and I certainly was no exception.”

In 2004, Disneyland Resort presented the tallest float in Rose Parade history (110 feet), inspired by The Twilight Zone Tower of Terror attraction, and featuring live performers dangling in an elevator.

A Rose Parade Opening Show marked the 2005 Rose Parade—and the 50th Anniversary of Disneyland—along with a typically-spectacular castle float titled “The Happiest Celebration on Earth.” No one less than Mickey Mouse himself was Grand Marshall that year.

Disney broke another Rose Parade record in 2006, with “The Most Magical Celebration on Earth,” featuring Disney Parks around the world. At that time it was the longest float (150 feet) in Rose Parade history.

Designed to honor the park’s 60th anniversary, the 2016 Disneyland entry was a  three-unit float with Sleeping Beauty Castle (dressed for its “Diamond Celebration”), Elsa’s ice palace and characters from “Frozen,” and the upcoming Star Wars addition to Disney Parks.

Members of the creative teams at Walt Disney Imagineering and Disney Entertainment have held posts as float judges numerous times throughout the years.

For the first time ever, the upcoming 2020 Rose Parade will have a “half-time show,” a mid-parade live-action performance of “For the First Time in Forever” from “Frozen” performed by cast members of the National Tour of the hit Broadway musical, now on stage at the Pantages Theatre in Hollywood.

Following the performance, several of the show’s stars will continue down the parade route in a sleigh decorated by FTD, the Official Floral Company of the Tournament of Roses, and featuring California Grown flowers.

And maybe spend a little moment of New Year’s gratitude that you don’t have to wait so long and look so hard in order to “find your Disney” in these modern times.