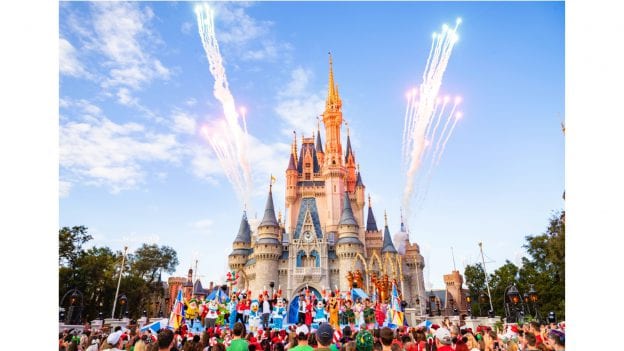 How exciting is it to be able to celebrate the holidays with your favorite Disney stars wherever you are? The “Disney Channel Holiday Party @ Walt Disney World” airs tonight at 8/7c on Disney Channel and in the DisneyNOW app.

During the special, viewers will enjoy exclusive Disney Parks sneak peeks, including a first look at Mickey & Minnie’s Runaway Railway coming to Disney’s Hollywood Studios in Florida on March 4, 2020, and to Disneyland Park in California in the future. Viewers will also get an exclusive look at the Disney Channel Original Movie sequel “ZOMBIES 2,” premiering on Disney Channel in 2020. Additionally, “BUNK’D” stars Scarlett Estevez and Israel Johnson will host a special family segment highlighting the U.S. Marine Corps Reserve’s Toys for Tots program. Let’s get a sneak peek at this extravaganza:

That’ll get you in the spirit!