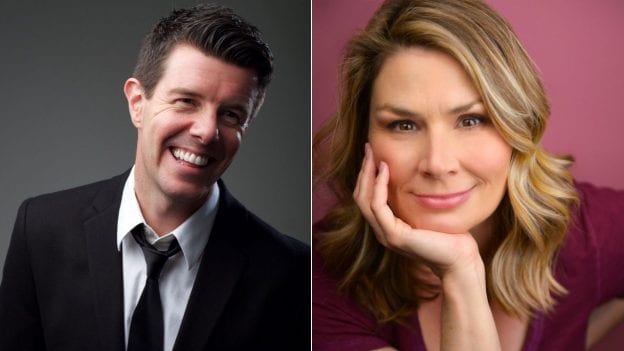 The Epcot International Festival of the Arts, held Jan. 17 – Feb. 24, 2020, at Walt Disney World Resort in Florida, celebrates the very best in visual, culinary and performing arts by bringing in professional artists to share their talent and expertise. Returning to the festival this year is the Disney on Broadway Concert Series, with three daily performances headlined by Broadway stars who reprise favorite songs from past performances in award-winning shows.

Heidi Blickenstaff and Gavin Lee will be among the first performers to grace the stage of America Gardens Theater for this fan-favorite concert series. Heidi is best known for her starring role as Ursula in Disney on Broadway’s “The Little Mermaid.” Gavin received a Tony Award nomination for his Broadway performance as Bert in Disney’s “Mary Poppins” and most recently played Lumière in the 25th-anniversary production of “Disney’s Beauty and the Beast.”

The duo will perform five nights of shows beginning Jan. 18, including a special performance alongside fellow Broadway legends Alton Fitzgerald White and Kissy Simmons. The Disney Parks Blog sat down with Heidi and Gavin this past December to learn more about their upcoming performances at Epcot. Check out the video below for more information!