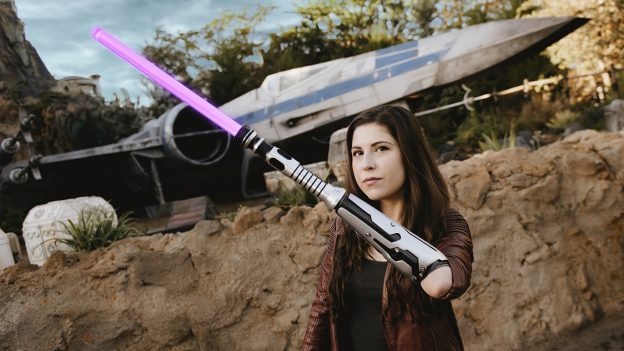 The Resistance needs heroes like Angel. She grew up watching Star Wars with her dad and brother, and as someone with congenital limb difference, felt that Luke Skywalker was one of the first positive examples of representation she saw. She loves the Star Wars universe because it always felt inclusive to her.

Watch Angel join the cause at Star Wars: Rise of the Resistance, which launches Jan. 17 at Disneyland park!