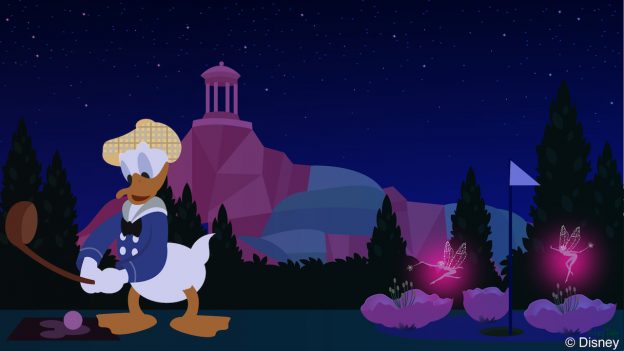 In the 1938 short, “Donald’s Golf Game,” Donald Duck takes his nephews, Huey, Dewey and Louie out for a peaceful game of golf – which turns out to be anything but!

This short was the inspiration for today’s Disney Doodle by artist Ashley Taylor. According to her, if Donald had the chance to visit the Walt Disney World Resort, he may seek out a fun place to swing some clubs.

“Donald had a lot of difficulty playing golf during ‘Donald’s Golf Game,’” Ashley said. “But I think he’d enjoy his time among the beautiful landscaping and tranquil ambiance of Fantasia Garden’s Mini Golf.”