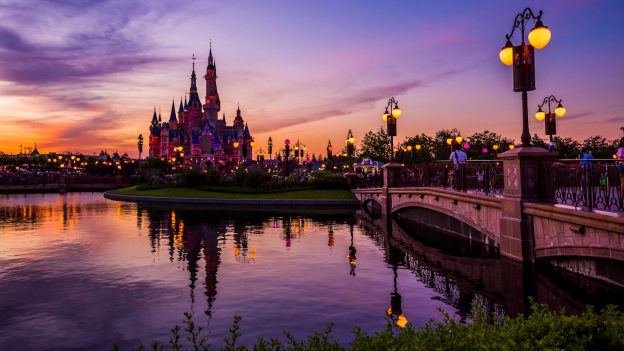 Tonight’s “After Dark” image was snapped at Shanghai Disneyland. The park, which opened in 2016, offers a unique castle unlike any other at a Disney Park around the world.

Enchanted Storybook Castle stands as a crown jewel of the park, celebrating all Disney Princesses. Its golden spires glitter during the day and shine at night. It also features a four mosaics that depict four seasons combined with the tales of Princesses Tiana, Merida, Rapunzel, Elsa and Anna.