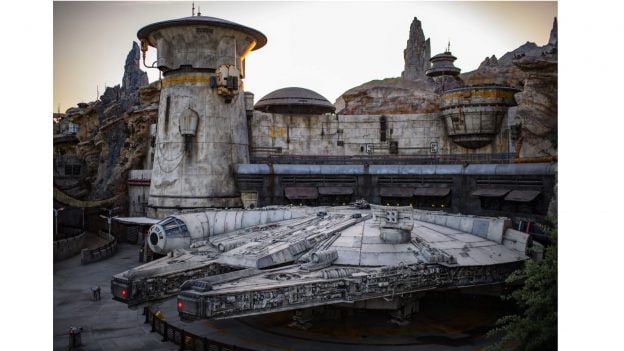 This week, Disney Parks Blog readers were among the first to learn that FastPass+ reservations for Millennium Falcon: Smugglers Run at Disney’s Hollywood Studios are available in the My Disney Experience app – for guests planning to visit on or after Feb. 19.

As many of you know, Millennium Falcon: Smugglers Run combines immersive storytelling with interactive gameplay and makes you the protagonist of your own Star Wars adventure! When it’s time for the mission to begin, you’ll be assigned one of three critical roles: Pilots, Gunners and Flight Engineers. It’s up to you and your fellow passengers to smuggle goods while avoiding any unnecessary entanglements.

“Magic Happens” celebrates moments of magic from Disney and Pixar stories, which will be brought to life on a grand scale with stunning floats, artistic costumes and imaginative music co-composed by singer-songwriter Todrick Hall. The parade features distinct stories with a mix of characters, making it feel contemporary and classic, fun and regal, and surprising and familiar – all at the same time.

Finally, our latest #DisneyParksLIVE stream featured a special look at the Disney on Broadway Concert Series from the 2020 Epcot International Festival of the Arts!

Visit our original Epcot International Festival of the Arts story for a list of upcoming performances.