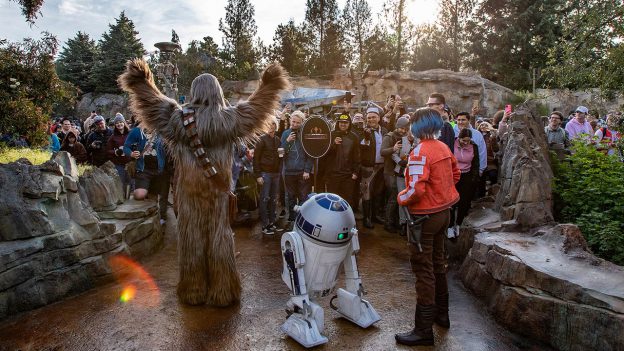 The groundbreaking new Disney attraction, Star Wars: Rise of the Resistance, is now open inside Star Wars: Galaxy’s Edge at Disneyland park! This new, epic experience draws you into a sprawling Star Wars narrative that blurs the lines between fantasy and reality, delivering thrilling action driven by cutting-edge technology and innovative design that gives you the feeling of stepping inside a Star Wars film.

We were on Batuu this morning to catch the excitement as the first guests joined the Resistance. Take a look!

Are you ready to accept this mission from the Resistance and leap into this thrilling adventure?

For more information on how to make the most out of your visit to Star Wars: Galaxy’s Edge, and planning tips for Star Wars: Rise of the Resistance, including the virtual queue system, read our story here.