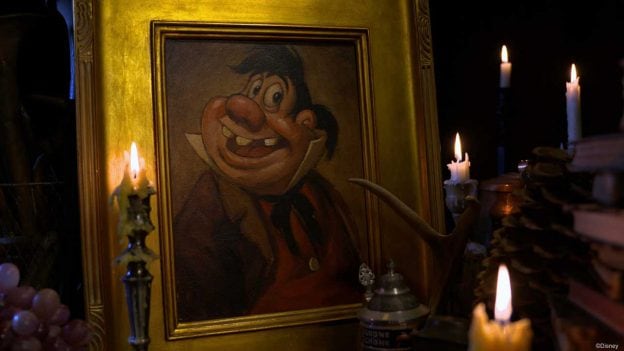 The Fourth Epcot International Festival of the Arts Opens Today

It’s time to get your art on during the fourth Epcot International Festival of the Arts! Step inside the new life-sized frames of Van Gogh’s famous Café Terrace at Night or Sunflowers paintings to star in an Artful Photo Op. Taste culinary wonders at the 12 festival Food Studios, presenting artfully crafted dishes and libations. Watch uber-talented artists at work, then take home your favorite pieces. Grab a seat for an unforgettable complimentary performance of the Disney on Broadway Concert Series.

It’s all happening now through Feb. 24 at this fourth annual Epcot festival celebrating the visual, culinary and performing arts. You can even exercise your own artistic talent at multiple interactive exhibits and workshops. Bring the family for fun-filled activities like Figment’s Brush with the Masters scavenger hunt, Animation Academy at America Gardens Theatre and the Expression Section: Paint-by-Number wall mural in Future World. Interact with the Epcot Living Statues (laughs guaranteed!) in Future World East, and marvel at acrobatic performances of the Art Defying Gravity troupe at the World Showcase Plaza stage.

For a primo photo session at some of the festival’s most popular stops, step into life-sized versions of famous paintings like those of Van Gogh, Edvard Munch and Leonardo da Vinci. There’s an homage to artist Frida Kahlo at the Mexico pavilion, and you’ll want to jump into the Peter Pan Storybook photo-op before posing with Washington Crossing the Delaware. Get silly with the kids at the Green Landing Family Play Zone. And go Broadway each evening for a show-stopping performance at the America Gardens Theatre — here’s the talent lineup for the Disney on Broadway Concert Series:

The best way to experience a performance is to reserve a Disney on Broadway Dining Package, which guarantees seating for one show on the day you dine. Packages at participating Epcot restaurants are now booking; visit ArtfulEpcot.com or call (407) WDW-FEST to make a reservation.

Twelve Food Studios surrounding the World Showcase offer creative bites and refreshing sips like these standouts: Sous Vide Chicken Roulade at Pop Eats!; Vanilla, Rose Water and Pistachio Panna Cotta at The Masterpiece Kitchen; and the Rainboba sparkling water layered with Fruit Boba and topped with a Foam Cloud (heavenly!) at The Deconstructed Dish. Need chocolate? Head to The Artist’s Table for the Sipping Chocolate Flight of white, milk and dark chocolate – yum!

And don’t miss these brand-new permanent films debuting today around the park:

While visiting World Showcase, be sure to check out two new bands including Lebendig, an award-winning German pop rock band who will perform their modern take on Germany’s well-known Schlager sound in the Germany pavilion. And in the Morocco pavilion, enjoy the creative mix of traditional Gnawa music and the current sounds of Morocco with Atlas Fusion.

You can book premium festival experiences like Paint with a Disney Artist for a fee at 407-WDW-TOUR or you can sign up for openings still available your day of visit. Check out ArtfulEpcot.com for details. The festival also offers interactive workshops for a fee featuring Ink & Paint Animation, 3D Paper Crafting, Gesture Drawing Basics, Animation 101 or Doodling (Saturday and Sunday only) bookable at 407-WDW-FEST or in-park Guest Relations.