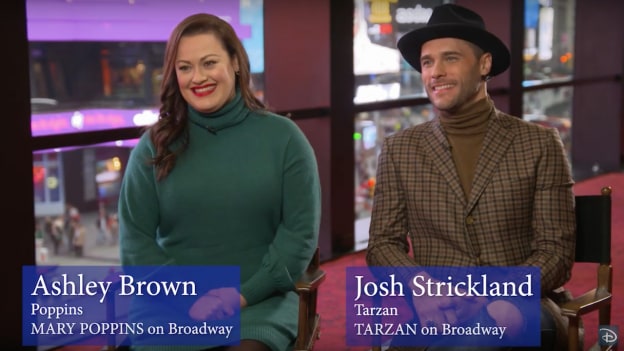 The fourth Epcot International Festival of the Arts at Walt Disney World Resort is the best way to celebrate art in its many forms, with galleries, food studios, live performances and more! As the festival continues until Feb. 24, two more sets of standout Broadway stars are getting ready to make their America Gardens Theater debuts for the Disney on Broadway Concert Series.

Ashley Brown, who starred in the title role of the original Broadway production of “Mary Poppins,” and Josh Strickland, best known for playing the leading role in Disney’s “Tarzan” on Broadway, began their series of shows Feb. 10. You definitely won’t want to miss their special performances on the very last day of the festival, Feb. 24, when Ashley and Josh join forces with Sydnee Winters (“The Lion King”) and Michael James Scott (“Aladdin”) as they put on an incredible night of shows to cap off another great festival season!

Check out the video below to learn more about Ashley and Josh and what you can expect to see at the next series of Disney on Broadway Concert Series performances!