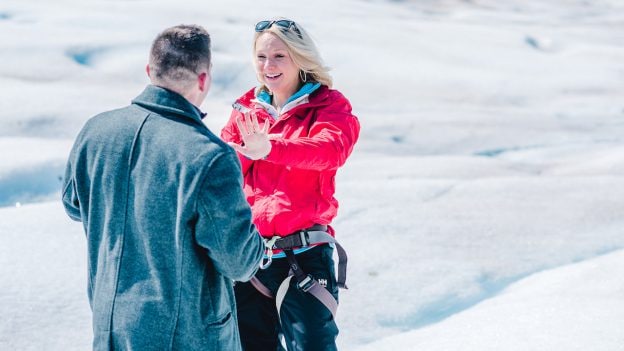 In this episode, a couple vacationing on the Disney Wonder Alaskan itinerary experiences a truly magical moment. Whisked to the top of a magnificent glacier via helicopter excursion, Alyssa is in for the surprise of a lifetime – a proposal from her boyfriend, Jesse. This breathtaking moment could only be complete with a special champagne toast!

How was this feat accomplished? Disney magic, of course!

Get a firsthand look at the making of this fairy-tale surprise on the second episode of Season Two: “Disney’s Fairy Tale Weddings,” available for streaming on Disney+ starting this Friday, February 21! Want to catch up on what you missed? View past episodes now on Disney+.

Learn more about Disney’s Fairy Tale Weddings & Honeymoons at DisneyWeddings.com, and check out all there is to do on a Disney Wonder cruise to Alaska by visiting DisneyCruise.com.