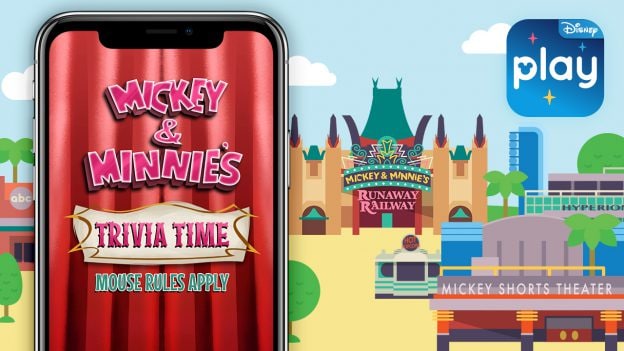 The Play Disney Parks app offers fun, innovative new ways to interact with the theme parks and experience the magic like never before, and today, we’re sharing a sneak peek at what’s coming next to the app!

This trivia game will give guests the chance to play together and test their knowledge of Mickey Mouse and friends, featuring animations inspired by Disney Channel’s Emmy Award-winning cartoon shorts.

Guests will discover five trivia packs containing hundreds of questions spanning from Mickey and Minnie’s debut in “Steamboat Willie” to today. Some of these trivia packs will be available at home, while others can be unlocked after experiencing Mickey & Minnie’s Runaway Railway or “Vacation Fun” at Mickey Shorts Theater to extend the cartoon fun even further.

Check out a sneak peek below:

As you can see, this is no ordinary trivia game – mouse rules apply!

Available for iPhone® and AndroidTM smartphones.