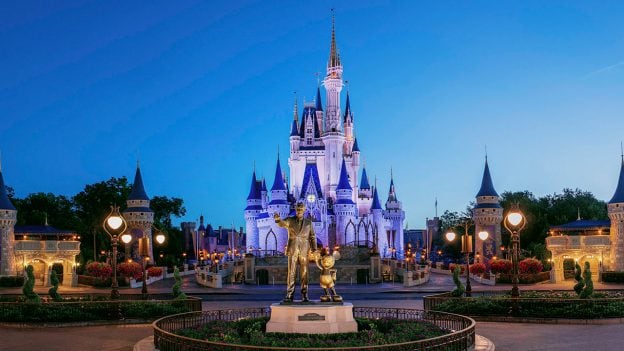 Super Bowl LIV MVP Patrick Mahomes Is ‘Going to Disney World!’ Monday for Celebratory Parade and Sharing the Spotlight with a Make-A-Wish Child

Patrick Mahomes had himself a night.

The star quarterback led the Kansas City Chiefs to a thrilling 31-20 victory in Super Bowl LIV and was named the big game’s MVP while bringing the first NFL championship to Kansas City in 50 years. And how did he cap off his momentous achievement? By shouting “I’m going to Disney World!”

Those famous words by Mahomes will be part of Disney’s iconic Super Bowl TV commercial airing nationally this week. He joins a star-studded list of Super Bowl heroes who have appeared in the popular Disney commercial after the Super Bowl – a commercial that’s been a tradition for more than 30 years.

Mahomes will arrive Monday at Walt Disney World Resort for a magical day of fun and celebration, including an afternoon parade at Magic Kingdom Park surrounded by adoring fans. You can watch the parade right here on the Disney Parks Blog, as our special livestream will begin at approximately 2:40 p.m. ET.

For the first time, we are inviting a Make-A-Wish child – 10-year-old Nathaniel from Texas – to ride in the celebratory parade, too, plus experience some popular Disney attractions and have a day of fun. In addition, 17 other Make-A-Wish children, whose wishes were to attend the Super Bowl, are also extending their magical wishes by visiting Magic Kingdom Park on Monday.

And to make even more magical wishes come true in the future, Disney Parks is donating $1 million to Make-A-Wish in honor of Mahomes’ MVP performance. It’s all part of Disney’s commitment to deliver comfort and inspiration to children facing serious illnesses – a mission we have shared with Make-A-Wish for nearly 40 years. Currently, Disney helps grant more than 10,000 wishes each year.

With all the excitement in the air following the Super Bowl, Monday promises to keep the good times rolling. Be sure to join us here at the Disney Parks Blog to soak it all in!