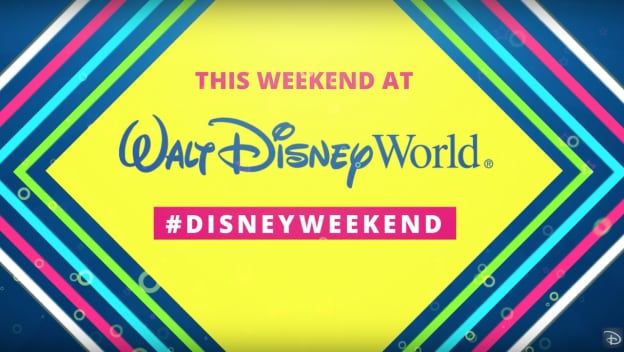 It’s Thursday night and time to take a look at some of the exciting Walt Disney World Resort experiences you’ve got to try this weekend.

Mickey & Minnie’s Runaway Railway is now open at Disney’s Hollywood Studios – and guests are loving it!

Mickey & Minnie’s Runaway Railway is the first ride-through attraction in Disney history starring Mickey and Minnie. You’re invited inside the park’s re-creation of the Chinese Theatre to see the premiere of “Perfect Picnic,” a new “Mickey Mouse” cartoon short written by Walt Disney Imagineering and produced by Disney Television Animation.

Also, be on the lookout for new merchandise inspired by the attraction, including new Wishables, Mickey headbands, whistles, magicbands and more. You can also stop into the new Mickey Shorts Theater to view “Vacation Fun,” an original animated short that features Mickey and Minnie.

And it’s the first weekend of this year’s Epcot International Flower & Garden Festival. This weekend, The Orchestra starring former members of ELO will kick off this season of flowered fun at the Flower Power Concert Series. Be sure to check out some of the new Food offerings this year before heading out to the Festival!