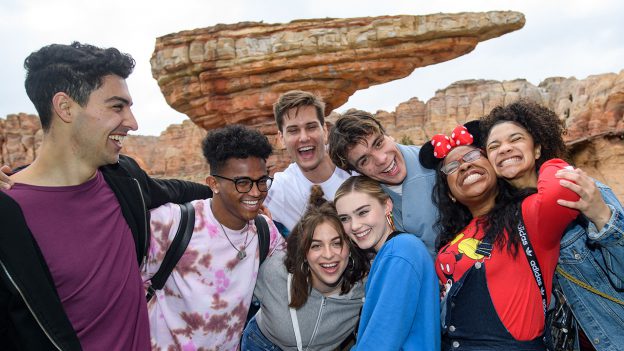 The cast enjoyed Disneyland park and Disney California Adventure park, checking out their favorite attractions and the colorful, new “Magic Happens” parade. The cast also met lucky fans who traded selfies and high fives with them during their magical day.

“ZOMBIES 2,” the music and dance-filled sequel to Disney’s “ZOMBIES,” begins after a groundbreaking semester at Seabrook High as a new group of outsiders – mysterious werewolves – threaten the newfound unity and cause a rift between Zed and Addison. Check it out on Disney Channel!