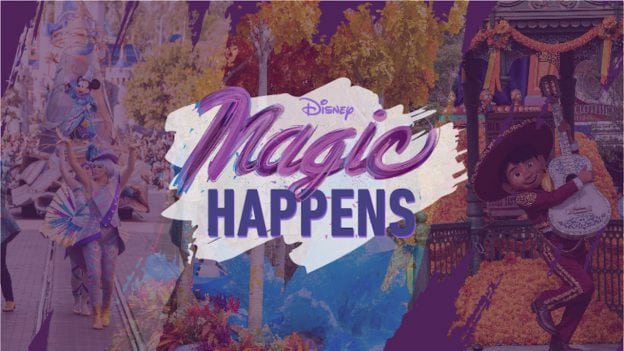 As part of our daily Disney Magic Moments, we recently shared a special virtual viewing of the all-new “Magic Happens” parade at Disneyland park with everyone at home. Now, a trio of “Magic Happens” fans from our Disney family over at ABC News, including “Good Morning America” chief meteorologist Ginger Zee, have recreated the parade’s magic in their living rooms!

Ginger Zee and her talented friends, Robert Zepeda from ABC News and Reggie Aqui from ABC 7 San Francisco, learned a portion of the parade while at home.   Each perfected the routine, singing the parade’s catchy “Magic Happens” theme song, and then worked together to create Disney magic online.

The “Magic Happens” parade celebrates the awe-inspiring moments of magic at the heart of so many Disney stories.  And we hope this latest dose of virtual pixie dust featuring “Magic Happens” stirs the imagination and inspires the heart.

Be sure to keep checking back for more #DisneyMagicMoments stories like this on the Disney Parks Blog.