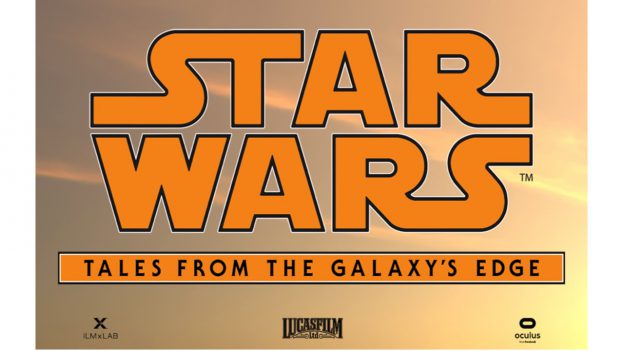 New ILMxLAB Virtual Reality Experience, ‘Star Wars: Tales from the Galaxy’s Edge‘ Will Bring Adventures on Batuu Home To YOU

It’s remarkable to think that almost a year has passed since we held the dedication of Star Wars: Galaxy’s Edge at Disneyland Resort and later at Walt Disney World Resort. We are gratified by just how much fans have embraced this unique place. Today, I’m excited to share that later this year, you will be able to discover new stories, explore the outskirts of Batuu, and meet new characters from your home thanks to ILMxLAB, Lucasfilm’s award-winning entertainment studio, and Oculus Studios.

Star Wars: Tales from the Galaxy’s Edge is a new action-adventure experience that will give fans the opportunity to live their own adventures in virtual reality. The original story will feature both new and iconic characters from the Star Wars galaxy. Multiple styles of gameplay as well as difficulty settings are included so that the experience can be enjoyed by a variety of players – from Star Wars fans to VR gamers.

Stay tuned to the Disney Parks Blog for more details on this new virtual reality experience that is coming out later this year!