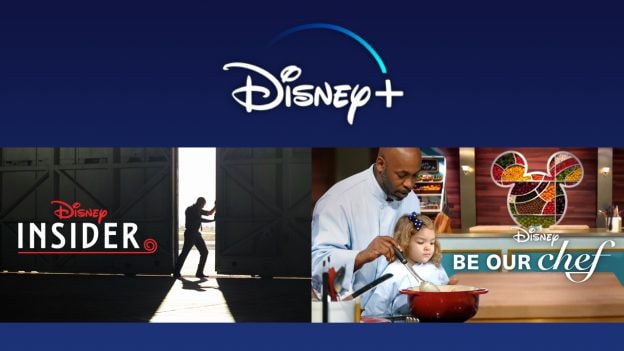 I am excited to share Disney+ is bringing even more Disney magic right into the comfort of your own home with a newly released episode of Disney Insider and the Be Our Chef season finale.

Disney Insider’s episode “Artemis Adventure, Taste of Disney, Runaway Railway” is a real treat for Disney Parks fans. In this previously recorded episode, Walt Disney Imagineers give a special look at how they created Mickey & Minnie’s Runaway Railway at Disney’s Hollywood Studios. Viewers are also treated to a unique opportunity to watch as chefs from the Walt Disney World Resort open the doors to the Flavor Lab, which serves as a creative hub for developing, testing, and showcasing new food and beverage concepts as well as new product and equipment innovation across Walt Disney World Resort. Viewers see how the Regal Eagle Smokehouse: Craft Drafts & Barbecue was created for EPCOT. With each new episode, Disney Insider goes even deeper behind the scenes, sharing stories from the set, fun facts, and more! In the third segment, “Artemis Fowl” author, Eoin Colfer, takes “Disney Insider” on a tour through the Irish countryside to give a behind the scenes look at the new movie “Artemis Fowl”, now streaming on Disney+. Check out the promo for the episode:

Foodies everywhere will want to check out the finale of the Disney+ cooking competition show Be Our Chef where two families face-off in the final rematch! The families must draw inspiration from their favorite Disney film to create a spectacular treat. One family takes inspiration from “Beauty and the Beast” to create a colorful dessert. Another family creates a treat inspired by a suggestion from Genie in “Aladdin.” Mickey Mouse joins in the fun of the Garden Game to show the families how to flip pancakes. The families will be judged by some of Disney’s finest chefs; Chef Amanda Lauder, Chef Daniel Contreras, Chef Douglas James, Chef Gregg Hannon, and Chef Jean-Marie Clement. It all comes down to this final challenge. Who will be the very first winner of “Be Our Chef” and walk away with a Disney Cruise Line vacation? You’ll have to stream to find out, but we got our hands on a sneak peek at the finale episode! Check it out here:

Disney Insider and Be Our Chef were both previously recorded. Disney+ is the home for your favorite movies and TV shows from Disney, Pixar, Marvel, Star Wars, and National Geographic. For more great Disney content, start streaming today!