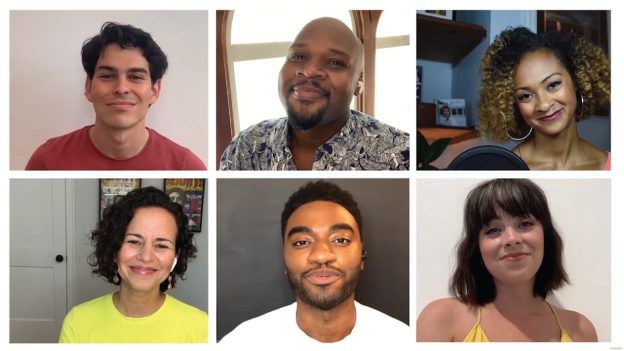 #DisneyMagicMoments: Disney On Broadway Stars Use Their #VoicesFromHome to ‘Go the Distance’

As part of the 2020 National Association of Black Journalists (NABJ) and National Association of Hispanic Journalists (NAHJ) virtual convention, attendees were treated to a special performance of “Go the Distance.” Disney fans know the song from The Walt Disney Studios’ 1997 animated feature film “Hercules” and its 2019 Public Works stage production.

This video features the voice talents of Disney On Broadway stars Jelani Alladin and Krysta Rodriguez (who starred in 2019’s Public Works stage production of “Hercules” in New York’s Central Park), Mandy Gonzalez, Rodney Ingram, Michael James Scott and Syndee Winters. It’s a celebration of these talented performers and all fans of “Hercules.”

Likes (38)
Share #DisneyMagicMoments: Disney On Broadway Stars Use Their #VoicesFromHome to ‘Go the Distance’