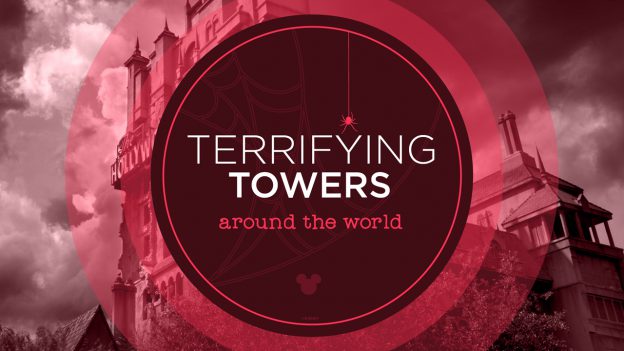 #DisneyMagicMoments: Check Out Terrifically Terrifying Tower Views from Around the World

As night falls, magnificent moonbeams can pierce clouds to create the most enchanting views at Disney Towers around the world.  Whether it’s an ominous sky swirling above The Twilight Zone Tower of Terror at Disney’s Hollywood Studios or lightning flashes eerily illuminating Tower of Terror at Tokyo Disney Resort, each destination offers its own bewitching beauty.

With Halloween nearing, our friends from across the globe are sharing some favorite haunting views from over the years to end your day.  Take a look at some “Terrifying Tower” magic:

Our special look at “Terrifying Towers” at Disney begins at Disneyland Paris with a chilling view of The Twilight Zone Tower of Terror and its hair-raising horrors.   Standing tall at Walt Disney Studios Park, this attraction sends daring souls plummeting to darker depths than ever before.

At Walt Disney World Resort, the infamous Hollywood Tower Hotel looks gloriously gloomy on a stormy night at Disney’s Hollywood Studios.  For brave guests who enter, it’s unknown if you’ll make it back to the real world – or become a permanent resident of the Twilight Zone!

And creeping shadows during an electric night at Tokyo Disney Resort frames up the Tower of Terror in an uncanny way.  Fearless guests board an elevator for the Tower’s penthouse – but beware – a terrifying experience awaits.

We hope you enjoyed this special series of terrifying Tower views to end your day.  Be sure to check back for more Disney Halloween surprises by visiting our new “Everything Halloween” page.

Likes (3)
Share #DisneyMagicMoments: Check Out Terrifically Terrifying Tower Views from Around the World