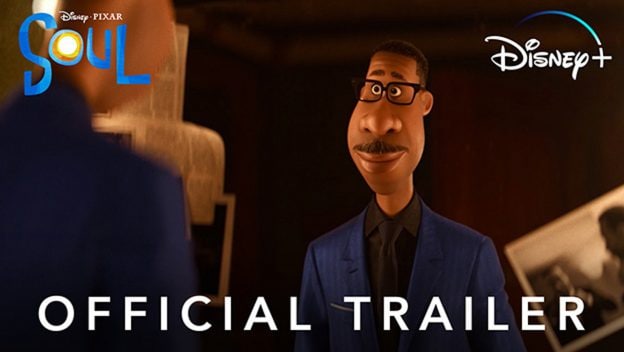 #DisneyMagicMoments: Hear from Musician Jon Batiste and Watch the New Trailer from Disney and Pixar’s ‘Soul,’ coming to Disney+ December 25

Disney and Pixar’s “Soul,” the new animated film streaming only on Disney+ this Christmas, is a warm, heartfelt and funny story that tackles the big questions of life like, “What is it that makes you…YOU?” It introduces Joe Gardner, a middle-school band teacher who gets the chance of a lifetime to play at the best jazz club in town. But one small misstep takes him from the streets of New York City to The Great Before – a fantastical place where new souls get their personalities, quirks and interests before they go to Earth. Determined to return to his life, Joe teams up with a precocious soul, 22, who has never understood the appeal of the human experience. As Joe desperately tries to show 22 what’s great about living, he may just discover the answers to some of life’s most important questions.

Disney and Pixar gave an insider’s look at the film during the National Association of Black Journalists (NABJ) and National Association of Hispanic Journalists (NAHJ) virtual convention. A conversation with the film’s creators was among the many highlights Disney brought to the event. Walt Disney World Resort has a long history with NABJ and NAHJ and was once again a Double Platinum sponsor of the convention.

Now we’re bringing a #DisneyMagicMoment from the convention to you!

To set the stage, Jon Batiste, an American pianist, band leader and jazz extraordinaire who provided the original jazz compositions and arrangements for the film, provided a very special first public performance of a song he wrote for the soundtrack, “Born to Play.” We have that first performance to share with you today along with the newest trailer. Take a look.

Looks amazing right? As we wait for Disney and Pixar’s “Soul,” streaming December 25 only on Disney+, keep checking back with us here for more #DisneyMagicMoments like this one!