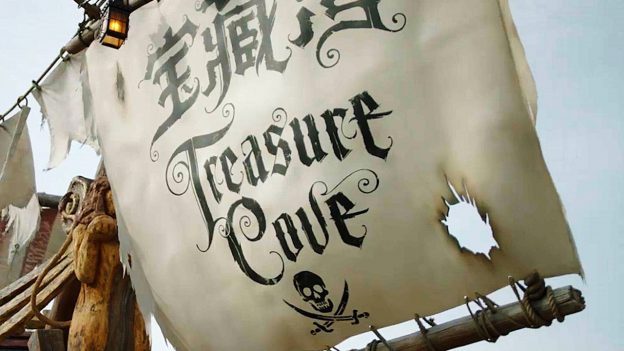 #DisneyMagicMoments: Set Sail with Pirates of the Caribbean: Battle for the Sunken Treasure at Shanghai Disneyland

There are certain #DisneyMagicMoments that instantly imprint on my brain – experiences so amazing I know right then and there I will never, ever forget them. The first time I rode Pirates of the Caribbean: Battle for the Sunken Treasure at Shanghai Disneyland was one of those times.

Building on the legacy of Pirates of the Caribbean attractions at Disney theme parks around the world, this new iteration reinvents the experience through a seamless blend of Disney storytelling and jaw-dropping technology. In this swashbuckling adventure, you embark on a thrilling journey with Captain Jack Sparrow as he attempts to steal a priceless treasure from the foreboding Davy Jones.

As you’ll discover in this new “Ride & Learn” video, Pirates of the Caribbean: Battle for the Sunken Treasure broke all kinds of new ground when it debuted with Shanghai Disneyland in 2016. Perhaps most astonishing among this attraction’s many innovations is its new, highly controlled ride system that allows your boat to spin, travel sideways and even move backward – it’s unlike anything you’ve ever encountered in Pirates of the Caribbean before!

Along this virtual ride, you’ll also learn much more about how Walt Disney Imagineering created the attraction, dive deeper into its story and gain insight into how this new version pays homage to its predecessors.

So avast, me hearties! Let’s set sail with Captain Jack!

If you’d like to learn even more about Pirates of the Caribbean: Battle for the Sunken Treasure, click here to visit its official webpage, which has all sorts of bounty about the attraction’s story and its inspiration. And be sure to keep checking back with us here at the Disney Parks Blog for more #DisneyMagicMoments!

Likes (1)
1 Comment
Share #DisneyMagicMoments: Set Sail with Pirates of the Caribbean: Battle for the Sunken Treasure at Shanghai Disneyland