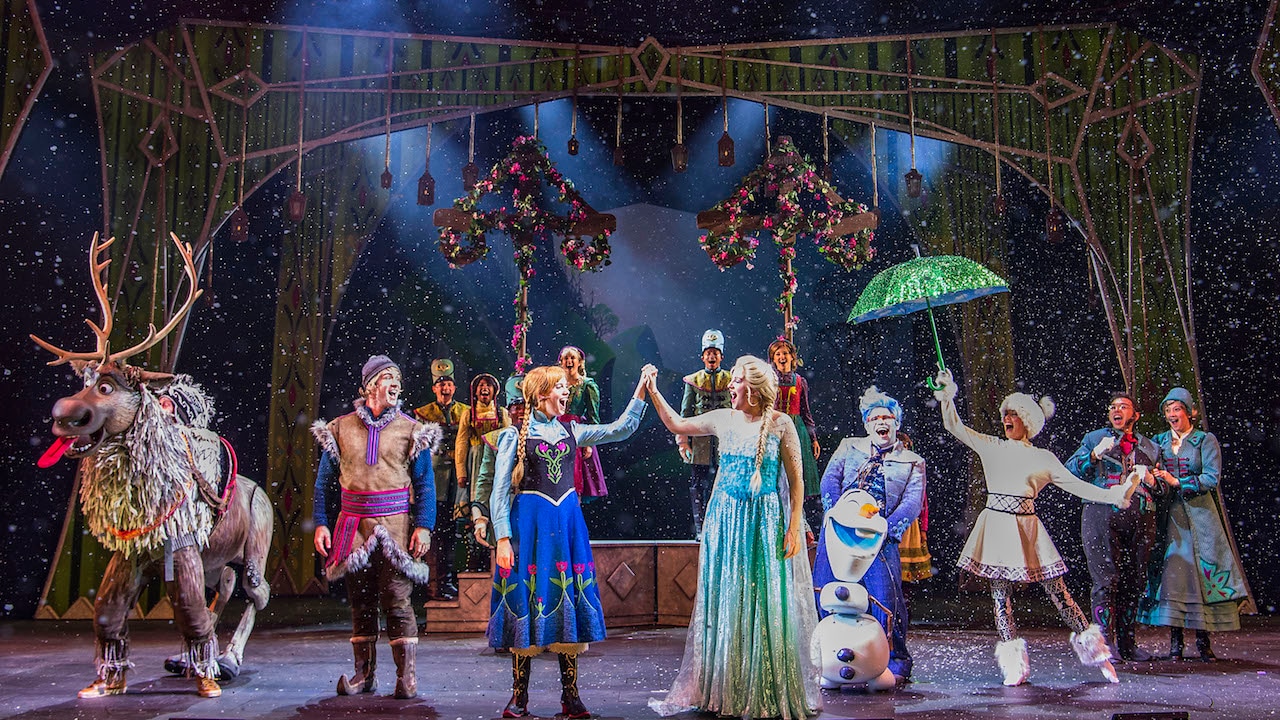 #DisneyMagicMoments: Let it Go with a Virtual Viewing of Disney Cruise Line’s ‘Frozen, A Musical Spectacular’

Get ready for another fun family night hosted by Disney Cruise Line! This time we’re bringing the world of Arendelle into your homes with a virtual watch party of our Broadway-style stage production, “Frozen, A Musical Spectacular.”

Raise the Curtain!
You’re invited to grab a front-row seat (on your couch!) as we raise the curtain for another virtual presentation of Disney Cruise Line’s Broadway-style entertainment. Now showing, “Frozen, A Musical Spectacular!” This previously recorded video from our Walt Disney Theatre features the original cast from the show’s opening.

Shadow Puppet Theater
After the show, put on your own “Frozen” performance with these printable shadow puppet characters from Disney Family. The templates feature favorite characters like Anna, Elsa, Olaf and Sven so your little ones can use their imagination to tell their own story about adventures in Arendelle.

Don’t want the fun to end? Watch more of our Broadway-style musicals at home:

Make sure to stay tuned to the Disney Parks Blog for even more #DisneyMagicMoments and experience the magic of Disney wherever you may be.