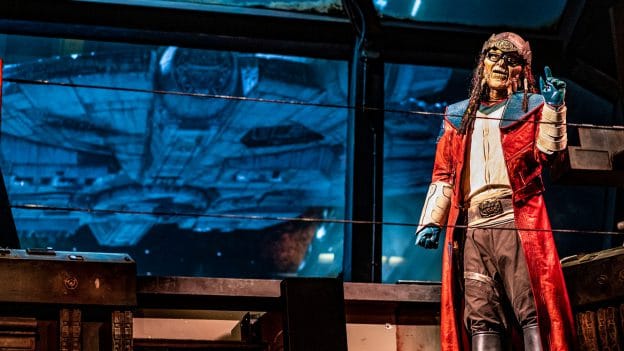 #DisneyMagicMoments: Strap Yourselves In for a ‘Ride & Learn’ Aboard Millennium Falcon: Smugglers Run at Star Wars: Galaxy’s Edge

One of my favorite scenes of any Star Wars film is when Han Solo takes the Millennium Falcon into the asteroid field in “The Empire Strikes Back” (celebrating its 40th anniversary this year, by the way). As a kid, I’d watch the Falcon gracefully dodge those asteroids – avoiding TIE fighters at the same time – and dream of being onboard the “fastest hunk of junk in the galaxy.”

That dream came true last year with the debut of Millennium Falcon: Smugglers Run inside Star Wars: Galaxy’s Edge at Disneyland park in California and Disney’s Hollywood Studios in Florida. In this groundbreaking attraction, you walk those iconic curved hallways and then strap into the cockpit to take control of the ship that made the Kessel Run in less than 12 parsecs.

I must’ve had some galactic dust in my eye the first time I entered the Falcon – I’m sure that’s why my vision went all watery and blurry for a moment, right? Millennium Falcon: Smugglers Run is an amazing, immersive attraction that gives you a Star Wars experience like never before. That’s why I’m so thrilled to share this latest video in our “Ride & Learn” series, so you can take a virtual trip on this “bucket of bolts” and discover some fun facts about the attraction along the way. Check it out!

Still want to know more? Of course you do! Here are a few extra fun facts about Millennium Falcon: Smugglers Run:

I hope you’ve enjoyed this flight aboard the Millennium Falcon and maybe learned a little something along the way. Keep checking back with us here on the Disney Parks Blog for more #DisneyMagicMoments!

Likes (13)
Share #DisneyMagicMoments: Strap Yourselves In for a ‘Ride & Learn’ Aboard Millennium Falcon: Smugglers Run at Star Wars: Galaxy’s Edge