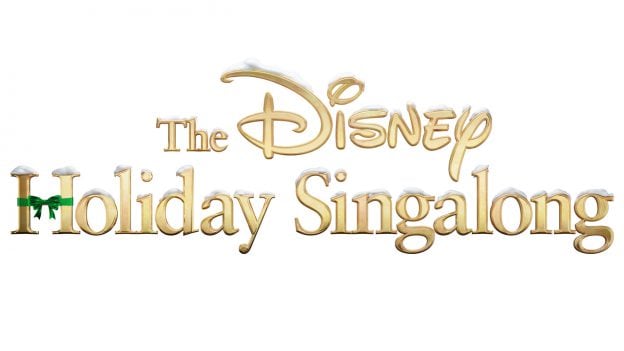 On Monday night, a star-studded lineup of performers will be bringing more #DisneyMagicMoments to everyone at home with a jolly night of musical merriment during “The Disney Holiday Singalong.”

The one-hour event, hosted by Ryan Seacrest, will air Monday, November, 30, at 8 pm. ET on ABC.  And like earlier Singalongs, this cheerful celebration of the holiday season will include animated on-screen lyrics encouraging you and your family to sing along to beloved Disney melodies and classic carols.

And for the first time since Broadway’s shutdown, Disney Theatrical Production’s Broadway casts of “The Lion King” and “Aladdin,” and North American Touring companies of “Frozen” return to The New Amsterdam Theatre to sing a special emotional performance of “Let It Go.”

Disney Music Group’s acclaimed seven-member a cappella group DCappella will also join in for some seasonal sounds as carol throughout the show encouraging viewers at home to sing along.

Monday’s special raises awareness about Disney’s Feed the Love campaign, driving to Feeding America, Toys for Tots, and One Simple Wish to inspire hope when it’s needed the most in our communities. Visit Disney.com/FeedTheLove to learn how they can give back to kids and families in need this holiday season.

“The Disney Holiday Singalong” will be a special experience you’ll want to be part of!  Tune in on November, 30, at 8 pm. ET on ABC for a special dose of holiday Disney magic.