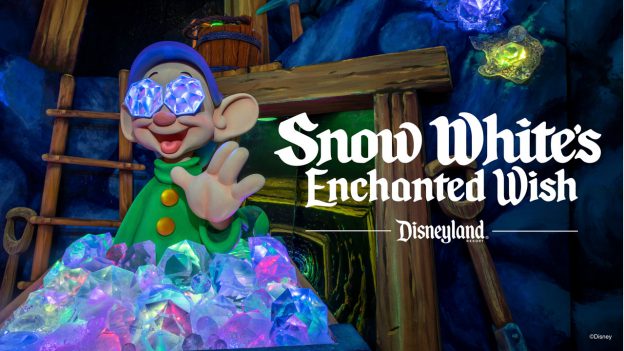 As we’ve previously announced, Snow White’s Scary Adventures has been undergoing a magical reimagination. Today – on the 83rd anniversary of the premiere of Disney Animation’s “Snow White and the Seven Dwarfs” at the Carthay Circle Theatre in Los Angeles – we’re excited to share that Disneyland park’s only ride-through princess attraction has been reimagined and renamed as Snow White’s Enchanted Wish!

While Disneyland park has been closed, Walt Disney Imagineering has been putting the finishing touches on this cherished attraction, which will be ready to welcome guests when we reopen our theme parks at a later date. While you may recognize some familiar elements in the attraction, you’ll be surprised to discover enhanced story details and all-new scenes. Take a look at the sneak peek below!

Imagineers have updated this classic Fantasyland attraction with new magic inside and out. Using state-of-the-art audio and visual technology, including new music, LED black lighting, laser projections and a new animation system, the attraction brings to life Snow White’s “happily ever after.”

You will delight in new appearances of beloved characters, including Snow White cheerfully dancing and twirling with the Seven Dwarfs in their cozy cottage. You may even notice the scent of Doc’s handiwork – a baking apple pie ­– wafting through the air, before heading “off to work we go!”

Vibrant new shadow projections bring to life the dwarfs as they march happily off to work in the mine singing “Heigh-Ho.” The most dazzling scene is the mine, which sparkles with shimmering lighting effects and glittering jewels all around.

There are more surprises to discover and we cannot wait for you to experience the magic of this timeless fairytale, and Snow White’s enchanted wish coming true at last!