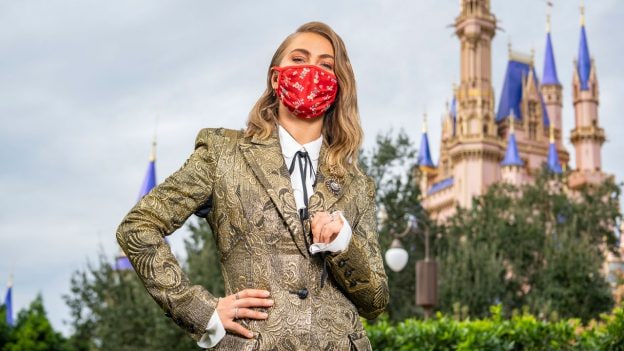 Walt Disney World Resort and ABC invite you to celebrate the magic of the holidays on Christmas morning with the “Disney Parks Magical Christmas Celebration” at 10am ET and 9am CT/MT/PT on ABC! Hosted by Tituss Burgess and Julianne Hough, this year’s Christmas special will feature merry musical performances, holly jolly laughs, heartwarming family stories, and special sneak peeks.

You may have already met some of our amazing performers when they introduced themselves on Twitter from right here in Walt Disney World, but there is so much more holiday cheer to unwrap throughout the show! You’ll catch a look at Remy’s Ratatouille Adventure, coming in 2021 to EPCOT; at WandaVision, a Disney+ original series streaming January 15; and at Disney and Pixar’s upcoming feature film “Soul,” available on Disney+ December 25. You can also expect plenty of belly laughs from actor Keegan-Michael Key, fun social moments with TikTok creator Alex Ojeda, Disney Cast Member highlights, a dive into Disney Dreamers Academy, and more festive surprises during the two hour special.

You won’t want to miss any of the holiday cheer, so be sure to don your festive pajamas, grab your hot cocoa, and spend your Christmas morning with the “Disney Parks Magical Christmas Celebration” on ABC!!