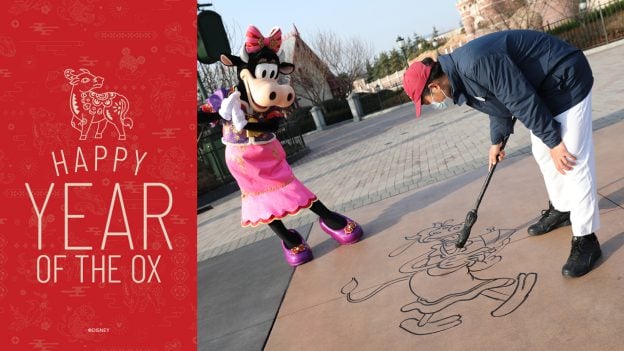 With this Lunar New Year falling on the year of the Ox, you’re going to notice Clarabelle Cow popping up in a few places…and one of them will be a premiere performance for our bovine beauty! Check out her landmark act on DisneyParks TikTok below, where she makes an appearance in her new Lunar New Year costume at Shanghai Disney Resort.

Need to feed more Clarabelle crave? Brush up on your trivia with these fun facts about our favorite hooved heroine:

Oh, and if you worked up an appetite absorbing all this Clarabelle goodness, be sure to check out our special “Cooking up the Magic” Lunar New Year edition. You’ll learn how to recreate Lo Hei, a dish traditionally prepared during the season that’s purported to bring happiness in the new year.