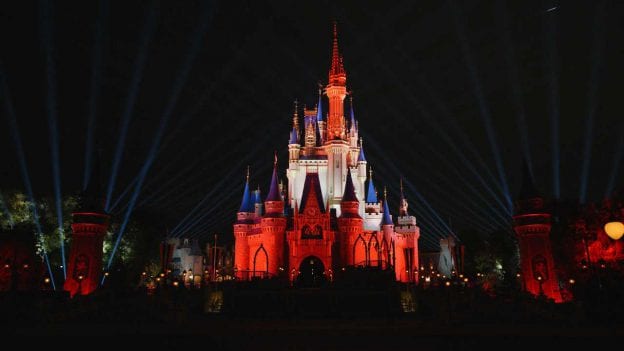 After the Tampa Bay Buccaneers won Super Bowl LV at Raymond James Stadium in Tampa Bay tonight, down the road, Walt Disney World Resort has illuminated Cinderella Castle in the Buccaneers’ colors and in blue for healthcare heroes, as a beacon of celebration and hope throughout the night.

Immediately following the game as well, star players and long-time teammates Tom Brady and Rob Gronkowski capped their extraordinary performances with a time-honored tradition – appearing in the iconic “I’m Going to Disney World!” commercial, airing tonight on television and social media. Each year, the spot features Super Bowl heroes celebrating their victory and incredible performances. This year, though, Disney not only celebrated Brady and Gronkowski, but also healthcare heroes with an image of Cinderella Castle illuminated in blue to honor those who have been courageously battling the pandemic.

Tomorrow, Gronkowski’s magical experience continues when he travels to Walt Disney World for a thrilling afternoon, experiencing some of Disney’s most popular attractions. Meanwhile, plans are underway for Brady, the Super Bowl LV MVP, to visit the Most Magical Place on Earth this year, likely in the coming months.

Brady and Gronkowski, who have a long and storied history together in the NFL, join some of the biggest names in the NFL who have appeared in Disney’s popular Super Bowl commercial, which has become woven into the fabric of the game since 1987 when New York Giants quarterback Phil Simms first appeared in the spot following his team’s Super Bowl victory.