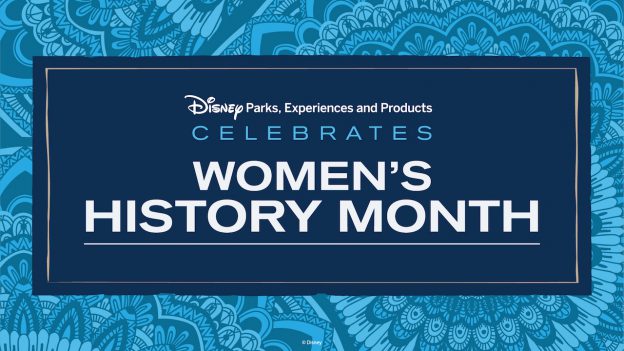 Today marks the first day of Women’s History Month – a time to honor women throughout history, share their stories and celebrate their achievements. Women have always been a driving force behind many of our most treasured theme park experiences. We’re proud to introduce you to just a few of the #WomenBehindtheMagic for Walt Disney Imagineering, trailblazers who shaped the theme park industry and paved the way for the women and girls who followed in their footsteps.

Mary Blair started her Disney career in 1940. A pioneer of the Disney theme park and film industry, she served as a catalyst by bringing modern art to life through her work. Mary introduced the concept of her innovative color palette to Walt Disney and his theme parks and studios, shaping the business for years to come. For three decades, Mary’s imaginative eye for colors brought a depth to animator’s projects in film, and her childlike art style perfectly complemented Walt’s vision for film, and attractions such as “it’s a small world.”

Mary is credited for the color scheme and art design behind the attraction for the 1964-65 New York World’s Fair, where she used her sense of shape, color and abstract design to take guests on a stunning visual odyssey around the world. Walt personally chose Mary for her natural artistic abilities along with her whimsical eye to conceptualize the attraction, and her love for playful colors and shapes made her the perfect choice. Her work immersed audiences in various countries and cultures, and served as one of the most notable attractions in the theme park industry. Throughout her Disney career, Mary played key roles in design for a variety of attractions, exhibits and murals for the theme parks in California and Florida.

Harriet Burns was the first woman hired by WED Enterprises (now known as Walt Disney Imagineering) in a creative role, helping design, prototype, and build some of the original theme park attractions featured at Disneyland and Walt Disney World. In a typical day, she worked alongside her male counterparts in the model shop, wielding saws, lathes, and sanders while still maintaining the wardrobe expectations for women at the time – fully styled in heels and dresses daily. During her time as an Imagineer, she played a key role in many beloved attractions and experiences for Disneyland opening day including Sleeping Beauty Castle, Matterhorn Bobsleds in 1959, and later for the 1966 opening of New Orleans Square: Pirates of the Caribbean, and the Haunted Mansion. She also designed singing birds for the first attraction in Disney history to feature Audio-Animatronics technology, Disney’s Enchanted Tiki Room. Harriet was also part of the team that works on the 1964-65 New York World’s Fair, working on Great Moments with Mr. Lincoln and Carousel of Progress.

Alice Davis served as the designer and personal stylist to fan-favorite animated figures in “it’s a small world” and Pirates of the Caribbean. Alice joined WED Enterprises in 1963, when Walt Disney recruited her to work on the “it’s a small world” attraction for the 1964-65 New York World’s Fair, and which later opened at Disneyland Park in May of 1966. Alice was the brains and vision behind more than 150 styles and costumes for the Audio-Animatronics children of the world. Alice is also credited with establishing costuming procedures, a manufacturing base, and developing quality control refurbishing techniques, which established the standards for three-dimensional characters in rides and shows created by Walt Disney Imagineering.

Following a successful career in film, Dorothea Redmond joined WED Enterprises in 1964. Known for her skill as a painter and illustrator, Dorothea has designed interior and exterior settings in restaurants and shops for New Orleans Square in Disneyland park. One such location was a residence above Pirates of the Caribbean for Walt Disney to host visiting dignitaries. Although the apartment was not realized in Walt’s lifetime, it is now the location for 21 Royal, and Dorothea’s original drawings served as inspiration for the current design. She also brought an artistic ambiance throughout the transformation of the Red Wagon Inn Restaurant at Disneyland, bringing her eye to what would be later known as the Plaza Inn, a popular location for Walt and notable guests. Dorothea also spent time at Walt Disney World, bringing her vision to memorable areas such as Fantasyland and Adventureland along with creating studies that delved into the architecture of Main Street, U.S.A.

Designer and art producer, Doris Woodward first brought her magic to Disney Parks in 1979. Her visionary perspectives and creative candor helped bring some of the World Showcase pavilions at EPCOT to life, including the China pavilion (1982), and she later worked on Disney’s Animal Kingdom Theme Park (1998). Doris also was a key leader in the international development of projects like the opening of Tokyo Disneyland (1983) and Disneyland Paris (1992). Her international work continued through Shanghai Disney Resort, opening in 2016, where she developed the culturally relevant details for the resort with “authentically Disney and distinctly Chinese” elements.

Kathy started her Disney career working in Adventureland merchandise locations at Disneyland Park in 1976, while attending college. Later, as an Imagineer, Kathy worked on projects around the globe from overseeing the enhancements of the Seas with Nemo and Friends at EPCOT, providing creative direction for Disney’s Typhoon Lagoon and Disney’s Blizzard Beach water parks at Walt Disney World Resort, Finding Nemo Submarine Voyage at Disneyland park and the debut of Cars Land at Disney California Adventure park in 2012. She was also Imagineering’s Atlantic regional executive overseeing the creative portfolio and strategy for Walt Disney World Resort, Disneyland Paris and Disney Cruise Line before retiring in 2018.

If these women have inspired you, stay tuned as we bring you more cast member stories all month including a special feature on #InternationalWomensDay, March 8, highlighting the women who are driving our future.