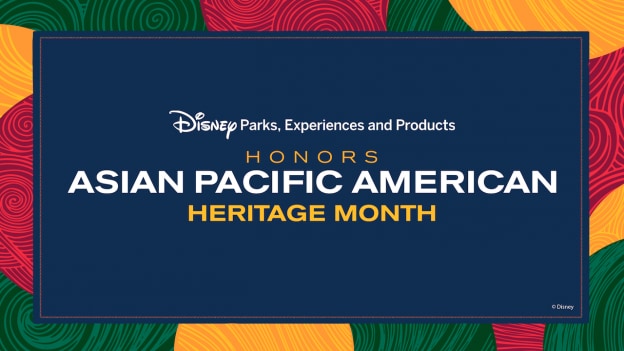 “Becoming an Imagineer has always been a dream of mine,” said Sariya, who grew up taking family trips to the Disneyland Resort and even going to “Bring Your Child to Work Day” at the Imagineering campus in Glendale, Calif.

She added, “My dad was a structural designer who worked closely with the Environmental Design & Engineering team, where he started on the Animal Kingdom project team working on the Tree of Life, followed by the grand opening of Disney California Adventure Park and Tokyo DisneySea, Twilight Zone Tower of Terror, Cars Land, Shanghai Disneyland, and a multitude of other projects. His colleagues became his family over the years, and when it came for his time to retire in 2016, he didn’t want to because he loved his job so much. This is what inspired me to want to work at Imagineering.”

Sariya has been in her current role with Human Resources for three years, where she manages the Imaginations Design Competition, the professional internship program, and academic outreach efforts at Imagineering.

“I find that in my struggles of discovering my own passion, it brought me to my true calling — which is helping others grow and succeed within their roles,” said Sariya. “Whenever I speak to student groups, I often have Asian American students, especially females, ask me how I got to where I am now, because they see that they can be here too. My advice to them is to ‘have courage and be kind’ and be a team player who is always willing to help. I feel like I was able to get to where I am today by maintaining the relationships with those around me and showing gratitude for those who helped me along the way.”

Sirine has been in her current role with the Project Management team for six years, where she makes sure that our projects are on schedule and on budget while also reporting out to leadership about the status of current and future projects.

“My career highlights so far include working on recent projects for Hong Kong Disneyland and the overall development of Shanghai Disney Resort,” said Sirine. “Working on Shanghai Disneyland was really special to me because I had the chance to work on the development of that park alongside my Dad. We had a business trip where we traveled together to Shanghai and it will be something I will never forget.”

Both Sariya and Sirine have shown deep respect and appreciation for how hard their parents have worked and all that they sacrificed to give them the opportunities they have today.

“Asian Pacific American Heritage Month reminds me of the risks both my parents took to move to America to find better opportunities,” said Sirine. “It is important to celebrate because there are so many future generations to come who should continue to learn about the culture and the heritage that makes them who they are today.”

Both sisters are proud of how their work is contributing to Disney’s new key of inclusion. “Inclusion to me is an environment where everyone can feel heard, understood, add value, and where people from different cultures can feel confident in being themselves,” said Sariya. “My advice to allies would be to learn from those with different perspectives and take the time to listen and truly understand their points of view.”

Our Imagineers around the world are working hard to ensure Disney theme parks, cruise ships and resorts are welcoming to everyone.

”I’m excited for the changes already in motion for some of our park experiences,” said Sirine. “Growing up I always watched the Disney Channel and hoped that I would see someone like me. I’m happy we as Imagineers will be able to give more opportunities and a perspective on representation to children visiting our parks, resorts and other experiences in the near future!”

If these Thai American family of Imagineers have inspired you, stay tuned as we bring you more stories all month long highlighting the contributions of our Asian American and Pacific Islander cast across Disney Parks, Experiences and Products. You can also follow along on Instagram: @DisneyParksBlog and @WaltDisneyImagineering; Twitter: @DisneyParks, and Facebook: @DisneyParksBlog.