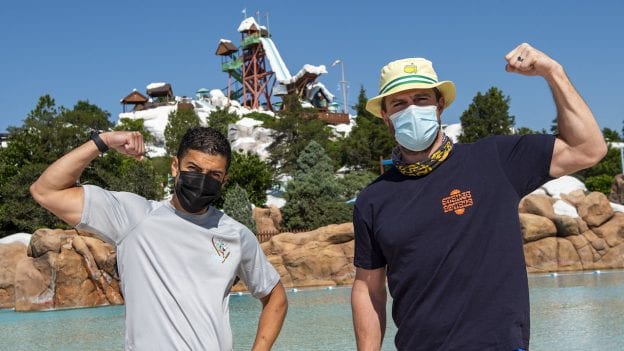 Here is your chance to get to know actors Stephen Amell and Rick Gonzalez like never before! While they were relaxing in one of the Polar Patios at Disney’s Blizzard Beach water park, we caught up with the TV stars for a dynamic round of rapid-fire questions.

During their recent vacation at Walt Disney World Resort, Stephen and Rick took a break from the park’s thrilling water attractions to reveal which Disney character they would play in a live-action remake, the most challenging stunts they’ve performed and so much more. Watch the video below to discover what these onscreen stars and real-life friends had to say!