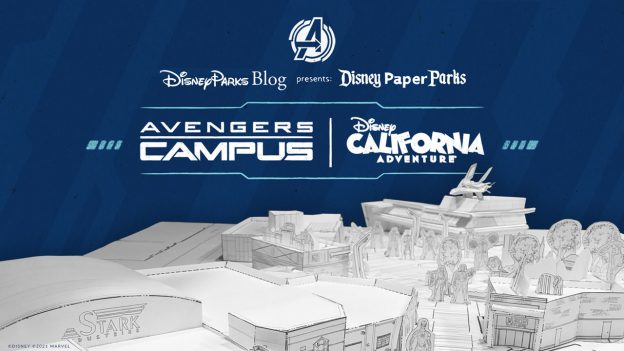 Similar to the land, this #DisneyPaperParks set unfolds with authentic detail. The epic release includes the WEB Workshop, Pym Test Kitchen, Ancient Sanctum and Avengers Headquarters, with the Quinjet on its roof!

The activity sheets require the use of scissors, glue, tape and folding along lines in specific directions. For best results, we recommend printing the activity sheets at their actual size, not scaling them to fit the page. We also recommend adult participation or supervision for those with little ones to help make this great activity even more enjoyable.

Keep an eye on the Disney Parks Blog for more releases of Disney Paper Parks!

By downloading Disney Paper Parks, you acknowledge and agree that these materials are being provided to you for personal, non-commercial use.