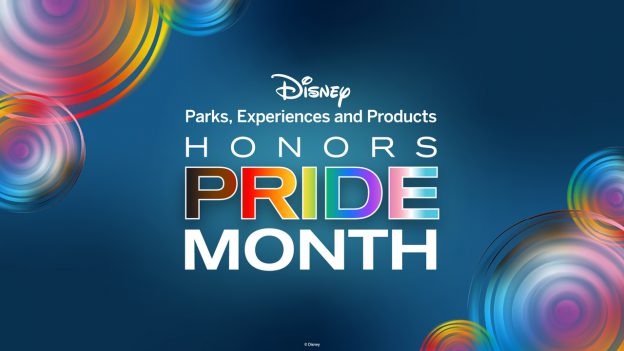 Celebrating Pride Month: Disneyland Resort Cast Member Reflects on Finding Acceptance and Encouragement to Be His Authentic Self

As we continue to celebrate Pride Month, we sat down with James Heath, Senior Duty Manager, Disneyland California Adventure Park, who reflected on the personal experiences and role that Disney played in helping shape him into the person he is today. For James, becoming a Disneyland Resort cast member was a watershed moment in his journey to living a true, authentic story.

At the age of 17, in the winter of 2000, James visited the Disneyland Casting Center to apply for a job in hopes of fulfilling a lifelong dream of becoming a cast member. After several interviews, James was offered a cast member role as a Food & Beverage Host. What James didn’t know at the time was that Disneyland had just given him something far more important than a job… “It gave me a place to belong.”

Just two years prior, James shared that he had made the decision to come out as gay. At 15 years old, he found himself as the only openly gay student in his school.

“While I was fortunate to have supportive family and friends by my side, I was missing something truly critical at this time in my life: Other people like me. I was lost, desperate to connect with someone who understood what I was feeling. That all changed when I arrived at Disneyland.”

At Disney, James found himself working alongside other LGBTQ+ cast members. He found people, with whom he could share stories, compare experiences and talk through challenges.

“Being gay was no different to my coworkers and leaders than any of the other countless qualities that make each of us unique.”

What followed was the much-needed feelings of safety and belonging. At Disneyland, James reflected that he is an accepted member of a community, safe to be his authentic self, and free to pursue any dream his mind could conjure up. He found leaders who became mentors, friends that became a second family, and even his soulmate.

All across Disney, cast members come together around shared identities or interests, and all are welcome to join, learn and share their stories in groups known as Business Employee Resource Groups (BERGs). These groups foster networking and professional development, build a sense of community and help guide company initiatives. Disney PRIDE is one example of our BERGS that support a welcoming and embracing work environment where LGBTQ+ cast members are encouraged to be their authentic selves. As a co-lead of cast engagement, James aims to help other cast members find their second family, and second home, just as he has.

James Heath with fellow members of the Disney PRIDE group posing in front of the “Love, Victor” photo activation in the Downtown Disney District

“Sometimes I wonder who I would be today had I not had this safe place to grow into my own skin. I was fortunate to have allies who courageously pushed against outdated ideas to give me a safe place to thrive.”

Twenty-one years later, James finds himself in the role of leader, mentor, ally and advocate.

“It’s my turn to give back and help to further our culture of inclusivity. Somewhere out there, a future cast member is looking for a place where they can belong. I’m committed to helping them find it at Disney.”

Likes (17)
Share Celebrating Pride Month: Disneyland Resort Cast Member Reflects on Finding Acceptance and Encouragement to Be His Authentic Self