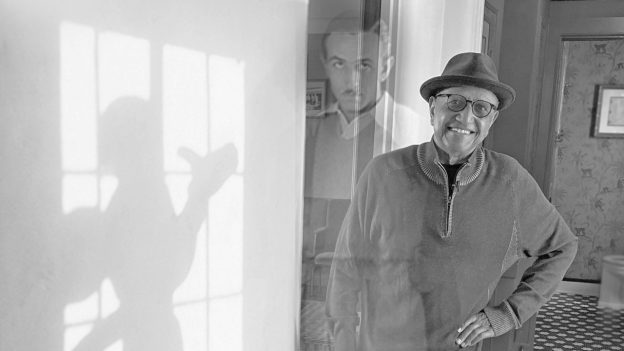 Whether I’m visiting with interesting Disney people or examining interesting Disney places, writing for Disney Files Magazine frequently reminds me to thank my late father, who always told me that, when you love what you do for a living, it doesn’t have to feel like “work.”

I’ve thought a lot about Dad’s advice as I’ve tackled some cool new projects, including two new YouTube series that take Members and other Disney fans along for the ride as we visit with interesting Disney people and examine interesting Disney places in ways that simply aren’t possible on the printed page.

In the short-format series “Details We Dig,” the Disney Files staff shares its five favorite details, legends or back stories from a featured Disney Vacation Club Resort in a brisk 2-4 minutes. Whether we’re spilling the secrets of Conch Flats (the fictional setting of Disney’s Old Key West Resort) or explaining why the name “Old Moe” is etched on trophies at Disney’s Saratoga Springs Resort & Spa (part of the décor of recently re-imagined villas), each episode is designed to help you see even the most familiar places around the neighborhood through new eyes.

Check out the first episode of “Details We Dig” here, examining the place where the magic of Membership was born.

Also new is “Disney Drop-In,” which I had the humble honor of producing in partnership with legendary filmmaker Don Hahn (“Beauty and the Beast,” “The Lion King,” “Howard”). Each approximately 12-minute episode of this homespun series drops in on an interesting Disney place with an equally interesting Disney person.

Here’s our first insightful episode, in which Don drops in for a tour of Walt Disney’s former house on Los Angeles’ Woking Way with Disney Legend Floyd Norman, whose groundbreaking career in animation began when Walt still led his storied studio. (If you’re a Member Cruise regular, you – like me – probably consider Don and Floyd old friends.)

Both series give Members a month of special access to new episodes (through private links on our website and in the “Member Insider” email newsletter) before opening access to all fans on YouTube. The two debut episodes shared here premiered earlier this month and will be available to all fans beginning in August. Look for more episodes of each series in the months ahead.

While you enjoy the episodes, I’m getting back to “work.”