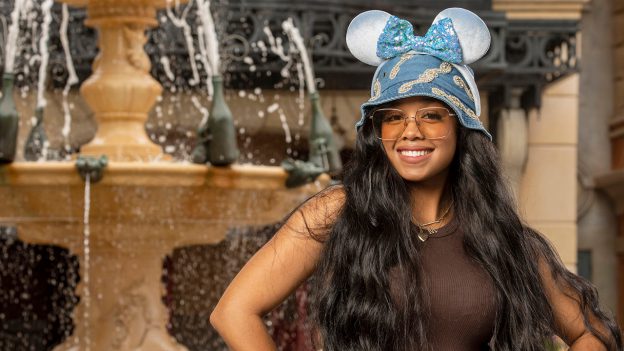 There’s no denying that it’s been a busy summer for H.E.R. Just last month, the Grammy Award-winning artist released her latest album, “Back of My Mind,” and won Best Female R&B/Pop Artist at the 2021 BET Awards. We met up with H.E.R. over the holiday weekend during a well-deserved vacation at Walt Disney World Resort.

While exploring EPCOT with friends and family, H.E.R. stopped by the France pavilion to answer a few of our team’s burning questions and snap a quick photo in front of Remy’s Ratatouille Adventure, which will celebrate its grand opening this October, just in time for the 50th anniversary of Walt Disney World Resort. The “I Can’t Breathe” singer revealed a celebrity encounter that left her feeling starstruck, the inspiration behind her music and the one Walt Disney World attraction she won’t skip.

Find out what H.E.R. had to say by watching the latest installment of our Walt Disney World Minute series below.